The Editor-in-Chief of Materials Research Express provides leadership and management of the Editorial Boards and influences the strategy of the Journal, in co-operation with the Publisher. 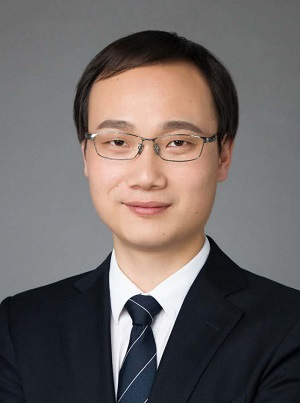 Dr Yi Cao received his bachelor’s degree in 2001 and Master’s degree (Supervisor: Prof. Xiqun Jiang) in 2004 from Nanjing University. He then obtained his PhD in 2009 from the University of British Columbia (Supervisor: Prof. Hongbin Li). After a one-year postdoc at the same place, he started his independent career at the Department of Physics, Nanjing University as a full professor in 2010. His work was recognized by several awards including the 2014 IUPAP Young Scientist Prize in Biological Physics, the 2018 Young Innovator Award in Nanobiotechnology by Nano Research, and the 2019 Young Scientist Award from the Biomedical Polymer Materials Division of the Chinese Society for Biomaterials.

Dr Judy Wu is a Distinguished Professor of Physics at the University of Kansas. She received her PhD from the University of Houston. She is an experimental condensed matter physicist and is specialized in fabrication, characterization and device applications of thin films and nanostructures. Her current research focuses on understanding the interfaces in ultrathin metal-insulator-metal tunnel junctions including Josephson tunnel junctions, magnetic tunnel junctions, memristors for quantum and neuromorphic computing, and in graphene-based heterostructures nanohybrids quantum sensors including photodetectors, strain/bio/gas/chemical sensors.

Fei Sun, Hong Kong University of Science and Technology, China
Back to top